Mercedes 600 SEL New donor car for my next project

600 SEL New donor car for my next project this is the car I bought when I wanted to start the w201 engine swap. it was a good driving car with some issue’s and already missing some parts in the electronic side of the car. but engine and drive line where In very good condition

Found this car in the UK  and drove it  back 576 klm to holland
it is a 1993 Mercedes 600 sel  394 hp and 570 nm
it is a bit rough and missing a lot of parts
personal i think somebody was trying to restor the car because technically the car is 100% like engine drivetrain diff and engine controls. but a lot of special option are missing or broken
car has done 103000 miles or 165000 km. it has good compression and running very smooth. and most important in these engine is that it is not burning oil.

like i said it’s a 600 SEL New donor car i’m going to use engine and a lot of the runnning gear but going to use standalone ecu. the rest of the parts going to be sold.

for what project i’m going to use it. i’m not going to tell yet
because i need to sort out a lot of things and parts because
i what it to be a good build where i can give a lot of info
so keep in touch and you will see more of this incredible part of engineering

For the ful project have alook in the playlist for how far i’m with the build !! 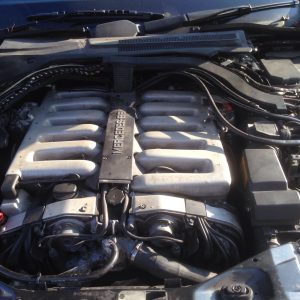 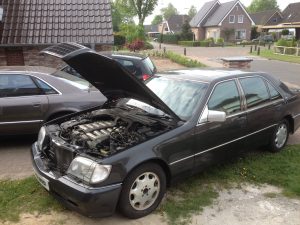