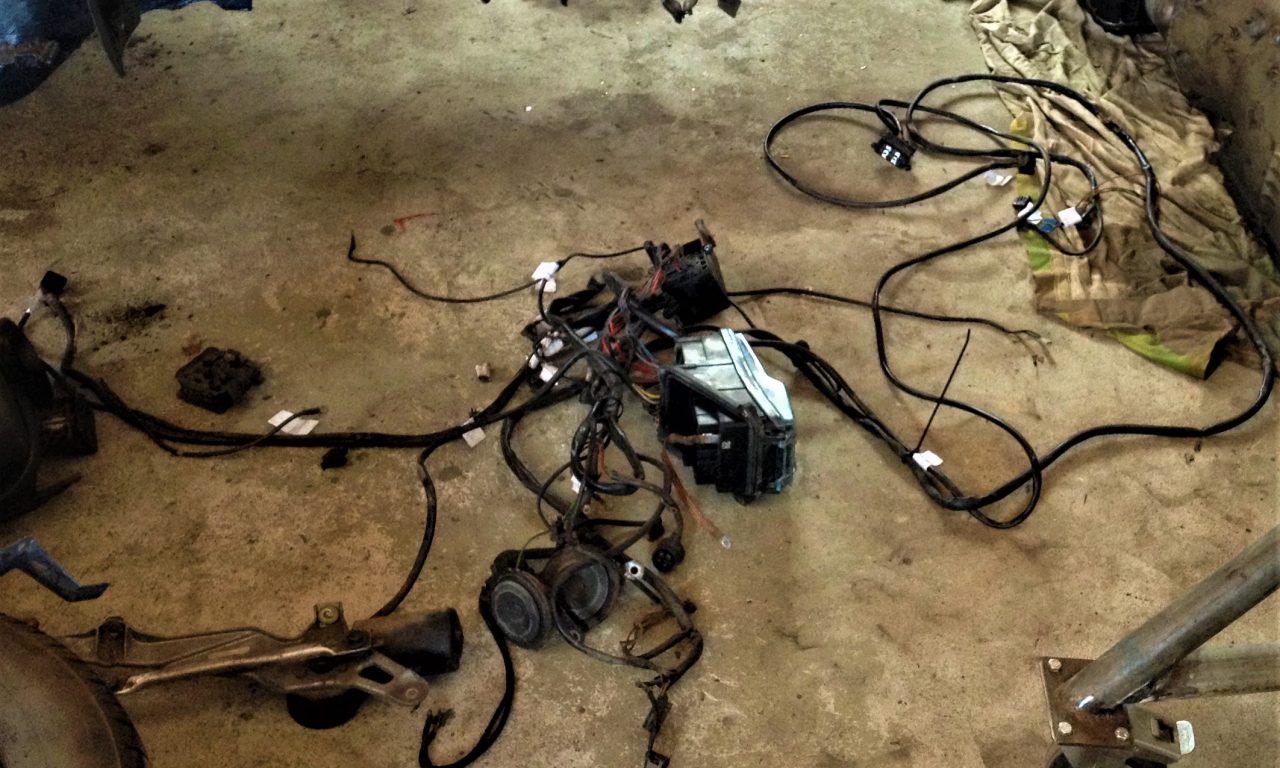 so got the OEM wring harness in the engine bay back in the car.
i did some mods to the harness.

I removed all the wiring that is not need for the car anymore .
this wiring was for the engine controls of the old engine
like igniton and diagnostic wiring and stuff.
So the loom now is only for the lighting and other AUX. controls

wiring like the engine temp for the dashboard and the oil level sensor is still from the old loom because these sensor are the same on the V12 . So this will be inlcuded back in the new engine loom .

Also when i wanted to test the loom when it was back in the car to check if the light and everything else is still working . I connected everything like it should.
But in this W201 there are seatbelts with a crash seatbelt protection system.
I don’t think all the cars have it but this 1984 car had this system
that is made By becker. Same company as the radio’s

This sytem is controlled by a small case that is under the dash on top of the transmission tunnel. And the get 12v direct from the fusebox but this power source is not running through a fuse.

So what happend is i put the car on ignition step 1 and i had an explosion on both sides in the B pilar where the seatbelts are located.
And the smell was like fireworks and smoke was coming from the B-pilar. so what happend . Was for some reson the system is activated what normally only happends in a crash.
So i removed the seatbelts and can not be reset.

So i needed to by new seatbelts. and i removed the system because my opinion is that it is not save.
The seatbelts are locked in the position your in when having a crash and will not give and room after. So your stuck in the seatbelt. What is not save if you want to get out. I think

So lesson learned for me .

If there are any questions about this video just ask