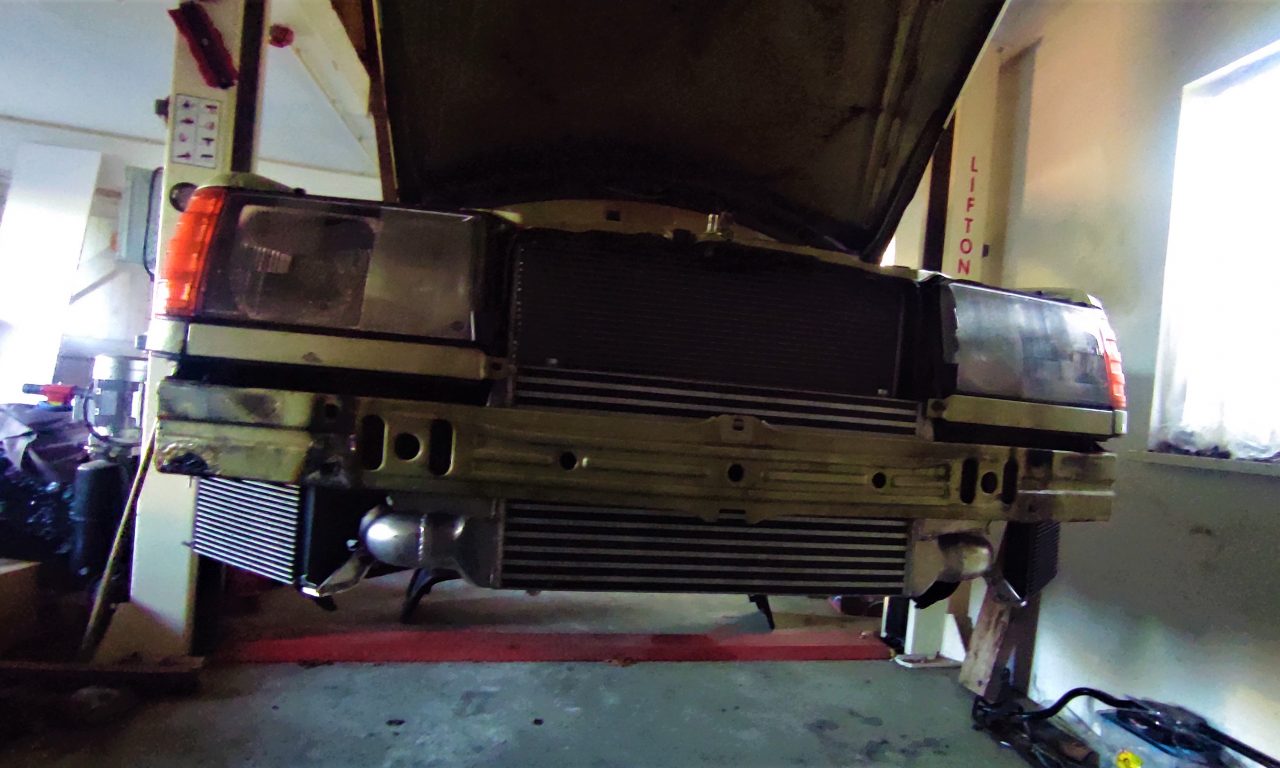 I had to place the oil coolers in some place.  Oem the m113 NA engine’s have a heat exhanger with cooling fluid. This is located next to the oil filter housing. On the compressor models of the m113 there is a external oil cooler.  So i will build the same setups as a compressor model.   I have to figure out the adapter plate on the filter housing.  Engine oil cooler will be on the passenger side next to the intercooler

The transmission cooler is after 1994 located in the radiator as a heat exchanger.  But this is very common to go leaking internally and cooling fluid of the engine is ending up in the transmission.  This will kill the 722.6 very fast.   So i’m not into that.  I will install also a seperate transmission cooler on the driver side of the intercooler

I did not talk about the body kit yet. But i will build  500E body  on the TE model.  the 500E bumper has a lot of cooling openings. The oil coolers are partly behind the foglight openings.  I have a solution for this.  will be seen later. 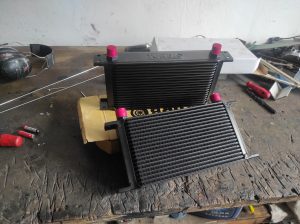 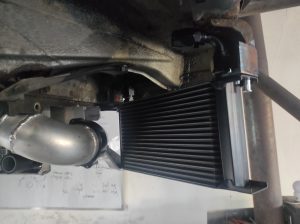 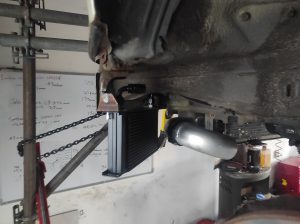 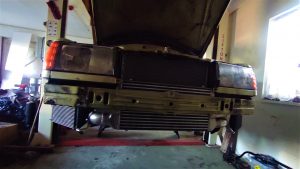