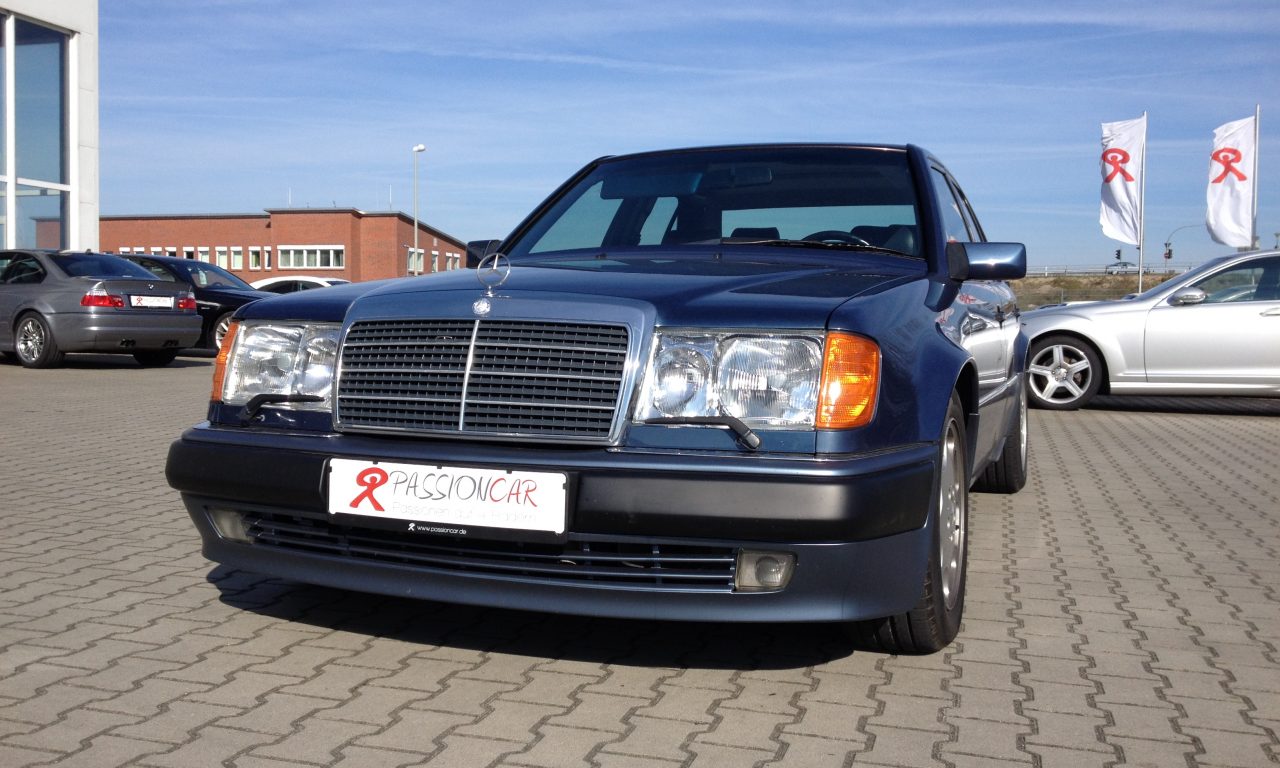 This Mercedes 500E W124  is an icon.  not only because of the way it is build but also the exterior of the car that is really different from all the other W124 models.  With the different bumpers and wider wheel arches this car really stands out. But still in a some sort of sleeper mode. This car is build in the Porsche Factory because it was to wide for the normal production line. Also Porsche helped  with the development of the chassis.  This car was sold as a top version of the W124 models just like all the AMG are now from all the model in modern times. At the time this 500E was on the market AMG was not owned by Mercedes and was still a second company that did make production cars in official numbers. the C36 AMG in 1995 was the first official Mercedes AMG car after the where incl in the Mercedes company. so you also can see this as a last sport model top version without AMG

The Mercedes 500E W124 is for sale at passioncar.de  the have about 3  other 500E for sale on the website so have a look if you want something to choose from.

the engine is producing 326hp in the first production year and the later model had 320hp due to emission regulations.

my opinion about the car is that is very comfortable en smooth you feel really nothing, something you would expect from s-klasse.
i really like it

if there are any questions please ask. 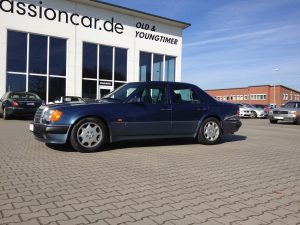 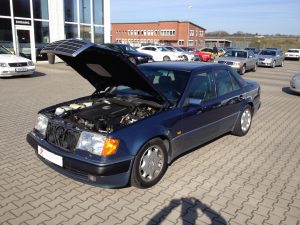 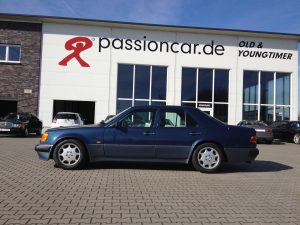 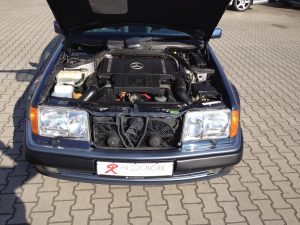 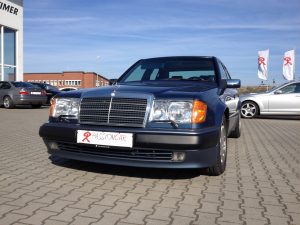 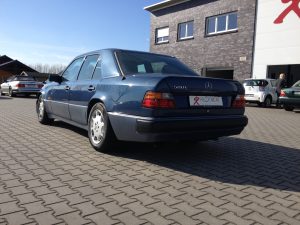