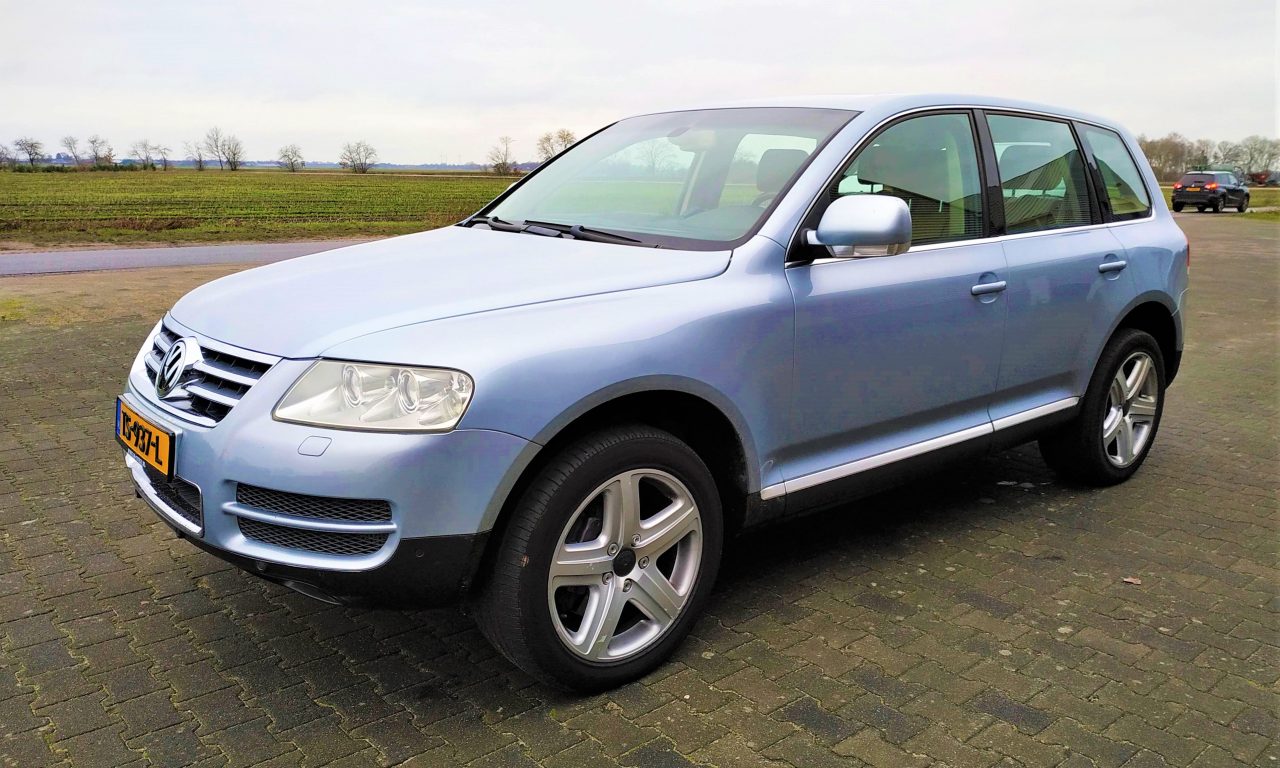 VW Touareg V10 TDI is a car that is just very cool that it is ever been build. Because it is not really needed in this form i think.
It drives very good but in europe a diesel is most used to drive long distance. At a lower price then petrol and a diesel is most of the time
and slower car then a petrol with less. “i don’t give a shit” factor.

VW Touareg V10 TDI is build on the VW PL71 platfrom what is also used in the Q7 and the Cayenne.
This generations is sharing alot under the body and chassis wise is a very good base.
The touareg came on the market in 2003 and is till in production. The 1e gen is build up to 2010 with a facelift model in 2010.
The V10 TDI is a 4920cc engine. That produces 313HP at 3750 rpm and 750NM t 2000 rpm. At the time the most powerfull production car
with a diesel engine.
o-100 is posible in 7.8sec according factory. but i tested the car with an acceleration of 7.49sec to 100 klm.
The weight of the car is 2422kg so the acceleration is still a very good result for this very big car.
Top speed should be 231kph.

VW Touareg V10 TDI is a perfect family car nice and space and a lot of luxury with a very comfortable drive. This color combination is very nice with a beige interior.   In holland this car is pretty rare because in holland the roadtax is put down according fuel and curb weight. A diesel is the most expensive and then the weight will bring the cost per month at 250euro to only have in standing on your drive way . The fuel economy is about 12.8ltr on 100klm  what is expected from this engine and car combination i think.

But this will be a classic and rare car someday. 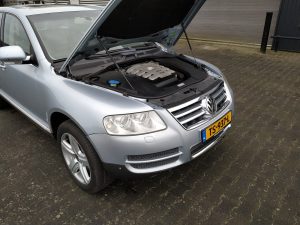 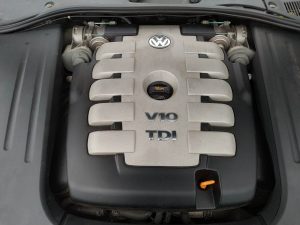 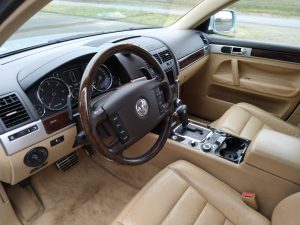 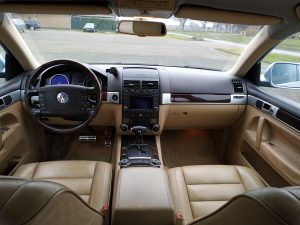 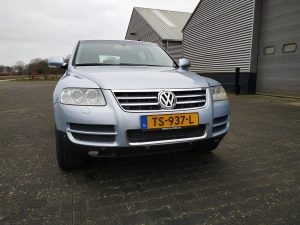 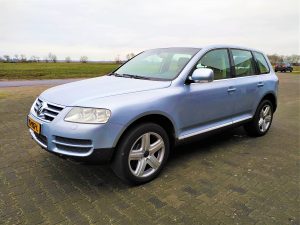 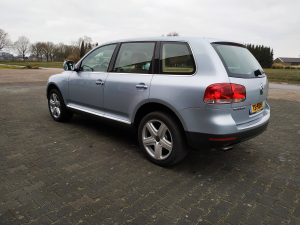 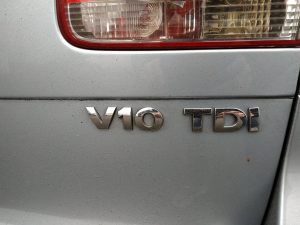 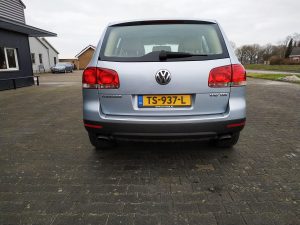 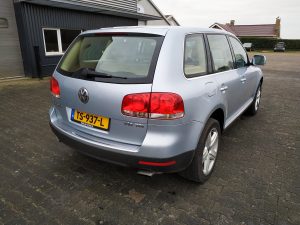