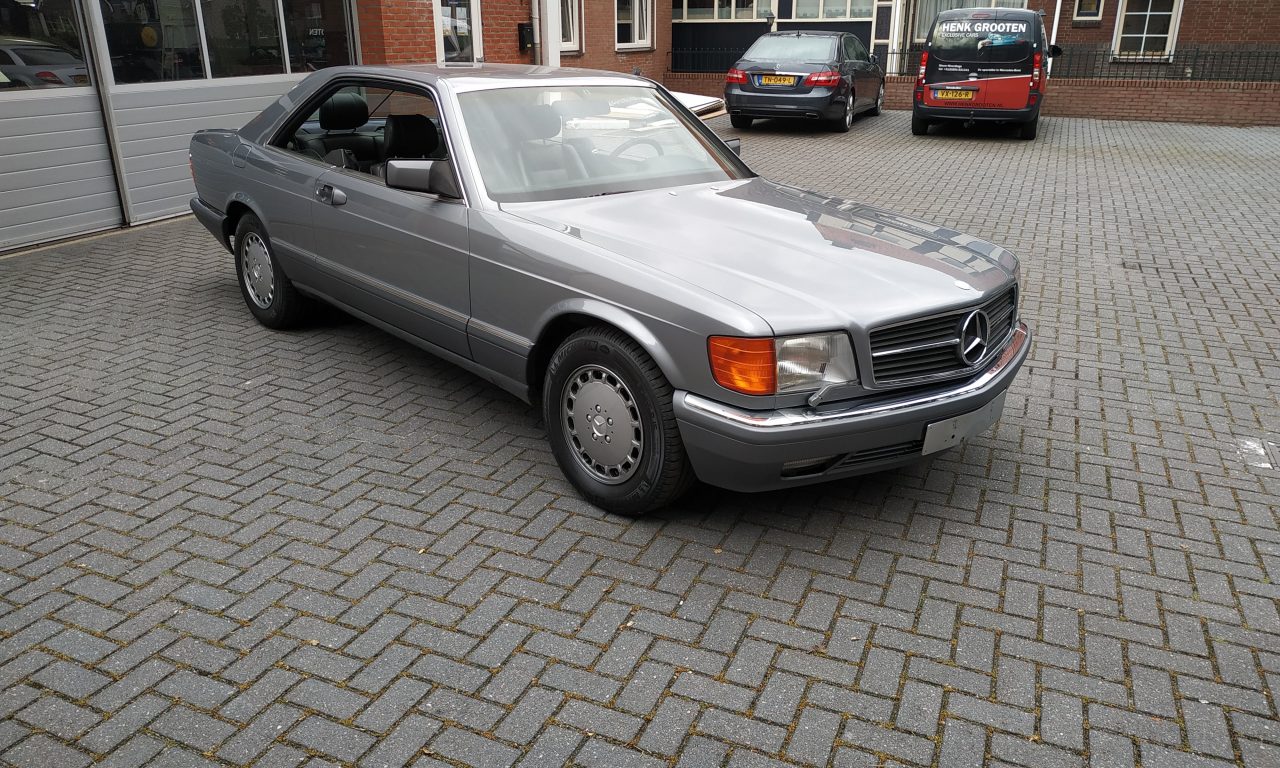 What a beauty. Not only in looks but also in engineering.  Nice Cruiser. But still fast

All the W126 cars where delivered with 279mm brakes in the back and 300mm brakes in the front. Front and rear where 2 pot calipers.  When looking to the 560 model. This model is  almost always deliverd in full options. like leather and a full electrical interior.  with aircondition and sliding roof.

For the engine is a M117 is a Alu sil engine blocke that is meaning that about 20% of the block is silicium. With a special honing process this honed to the right size with special paste. This is removing the aluminum from in between the silicum this is giving a mat looking finishing. This is much different then a steel liner. A alusil liner is very hard and can last very look but needs regular oil change to keep the engine healthy.  The engine is a SOHC engine with 2 valves per cylinder engine code is M117.968. exact capacity is 5547cc

If there are any questions about this model just ask

This car in the video is for Sale at Henk Grooten have a on there website. This company is a specialst in the W126 and more mercedes models.