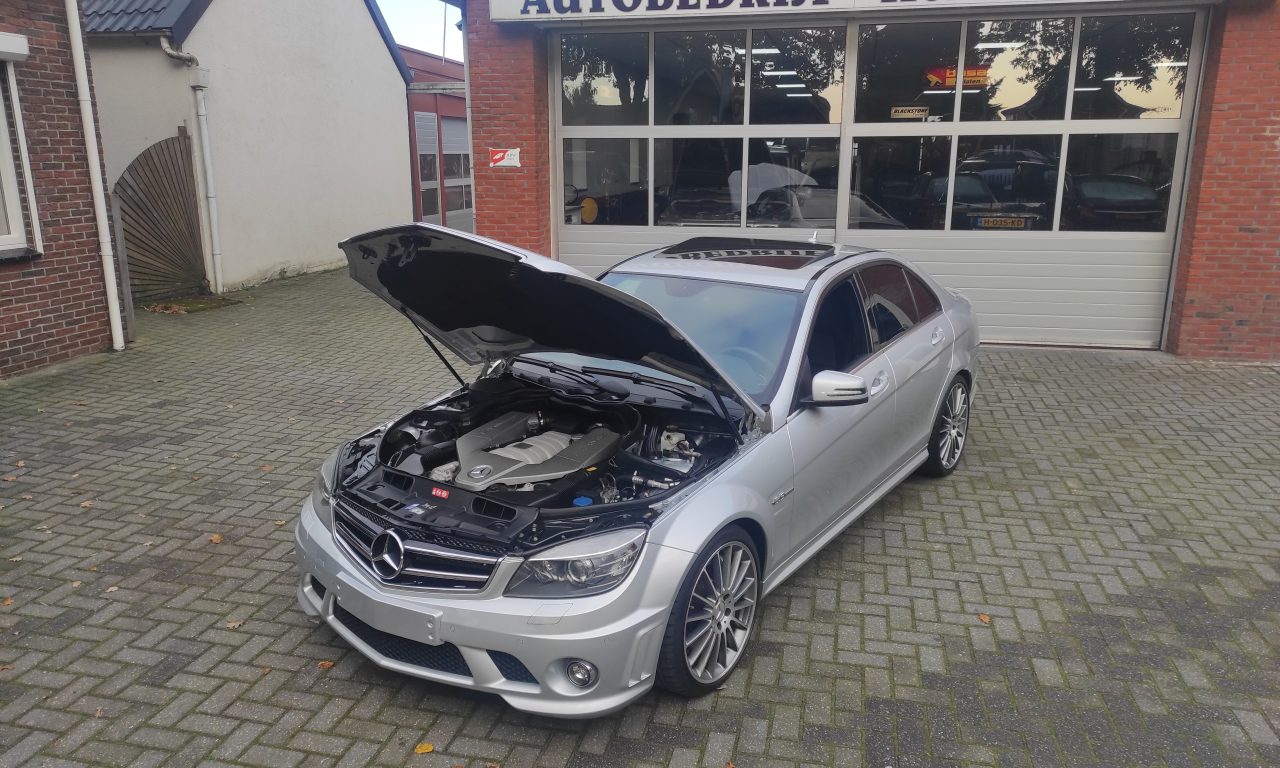 This C63 will make you smile when you start the car.  If you into cars off course. I can think of some peopl that not really enjoy this Monster.  But for this is the perfect weekend toy.

The gearbox has 3 settings  C, S, M  C is normal driving with early up shift and downshifts.  S mode will give 30% faster shifting an M 50% faster. Also will it rev match on downshifts.

The M156 engine has also some weak points. Most of these things need to be fixed are updated
The headbolt problems that can crack in 2009-2010 model
Cam adjuster failure .  see video
Camshaft and hydraulic lifter damage
crankcase breather valve can fail due to cracks and aging.

These are things that can be fixed and should not hold you back from buying a C63 because these cars are really awesome. and this Era from big NA engine’s will not come back so this will be a classic. for sure. this is just a pocket monster. with a very cool sound out if the big 6.2 ltr v8

if there are any questions about this car just ask