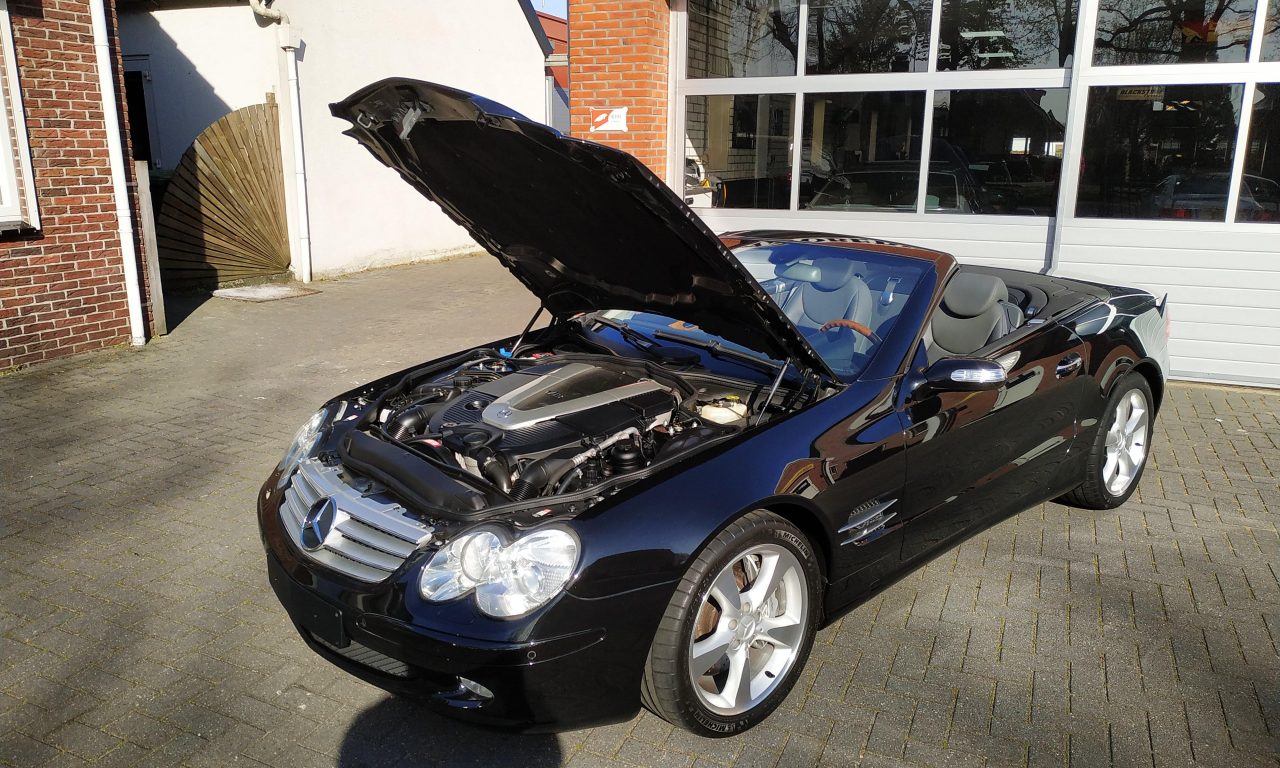 This car is for sale at Henk Grooten.
The company is a specialist in exclusive and high quality Mercedes cars from classic to almost new
for this SL600 follow this link.

The R230 had standard ABC suspension that was standard on al models this is hydraulic systems.
every strut has a level sensor. In total 13 sensor that will keep the car as level as possible with 2 drive modes
normal and ABC Sport that will harden up the suspension by a push of the button.
Between 60-160klm the car is lowered by 11mm for better handling and fuel economy

Total weight of the car is 1925KG
With the power delivery the car is capable of acceleration of 4.7sec.
Standard is the car on 18″ wheels with 255 in the front and 285 in the back

If there more questions just ask 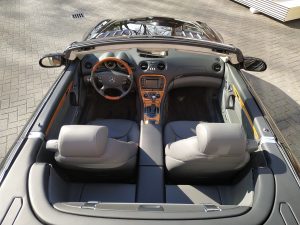 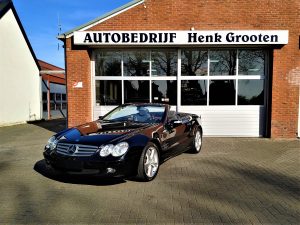 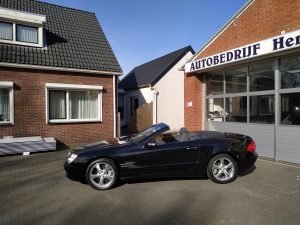 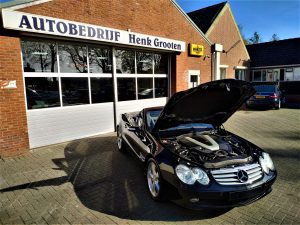 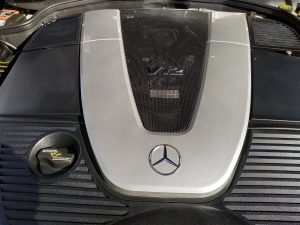 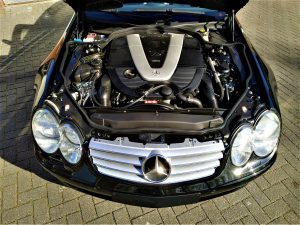 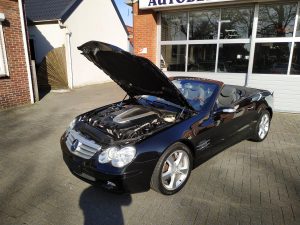 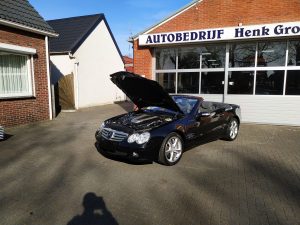