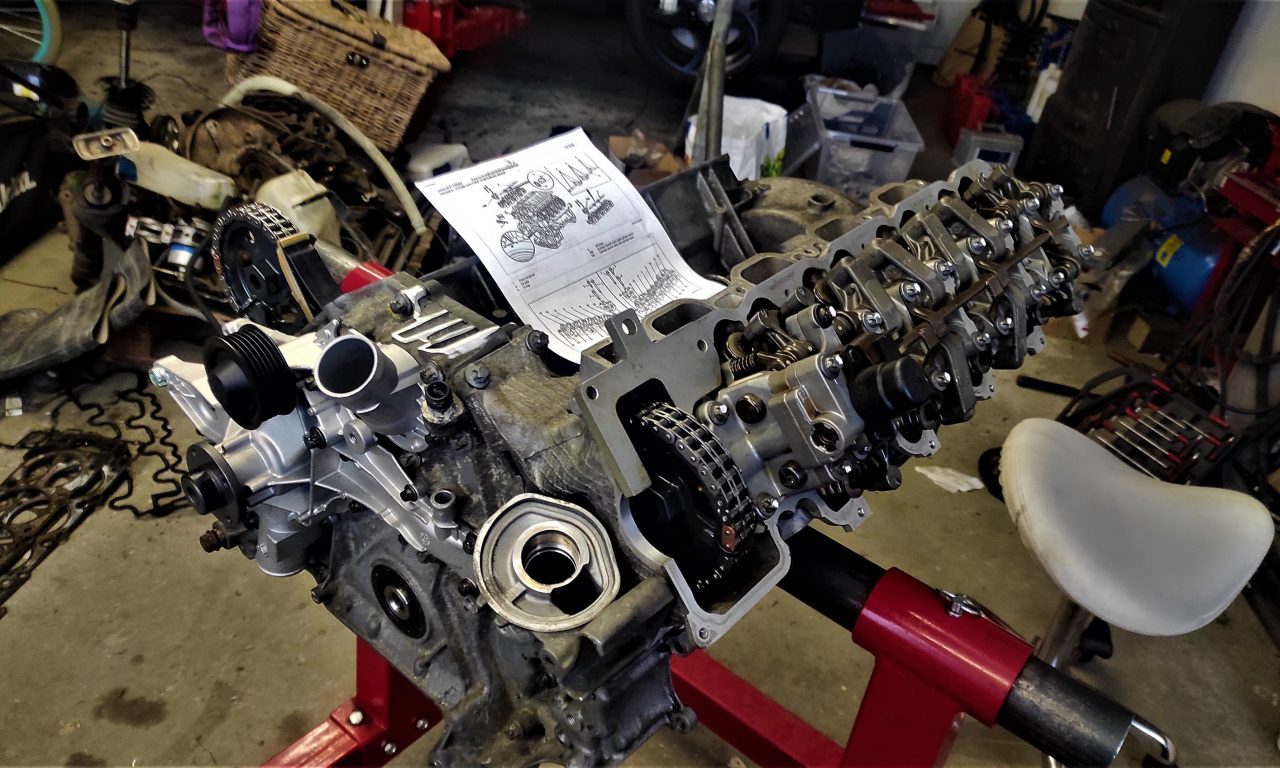 Got the cylinderheads back on the engine’s on both sides.  also the camshaft bearing bridge is installed. Cam sprockets back connected. chain Tensionair back in place. And the crankpulley mounted and torques

Normally when you got a headgasket there is on some placed some seallant.  But with Mercedes this is not the case.  In the manual there is standing there is seallant needed on disorted or corrosion spots.

But on my old gasket there was on much more places seallant and im not the only one that has seen this.  There a more people with rebuilds on the m113 that have this.  So i applied this on both sides of the headgasket.

I have put the head on torque using the oem sequence but a different amount of torque because of my new headstuds that im using. The final torque firgure is 110nm and done this in 4 stages.

When putting the head on the block it helps to but the chain tensionair in for the moment because placing cyl 1-4 heads is easier.  After this pulle the tensionair out again

When the heads are on the block the sprockets can be mounted on the cams.  Now these are on torque the tyraps can be removed from the cams. The chain tensionair can be put back in and put on the richt torque setting.

Also the crankshaft pulley need to be put on torque this needs a massive 200NM and then a 90 degree angle.

Finally checking if the timing is correct.  Turning over the engine 14 times and the marking on the cam sprockets need to be back on the chain marking.  Also the crank pulley needs to be on 40 degree s 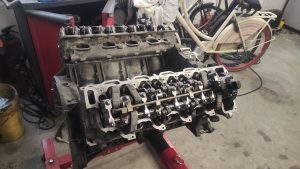 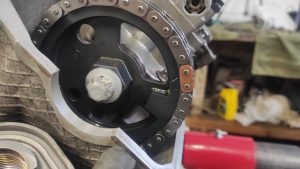 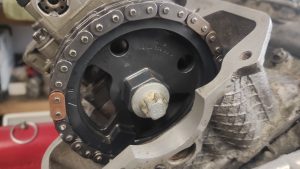 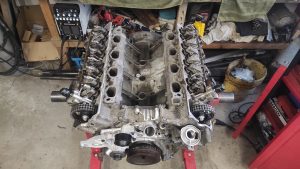 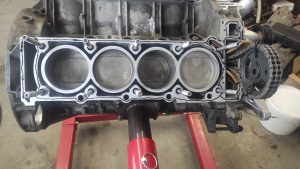 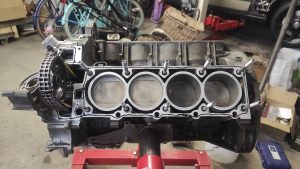