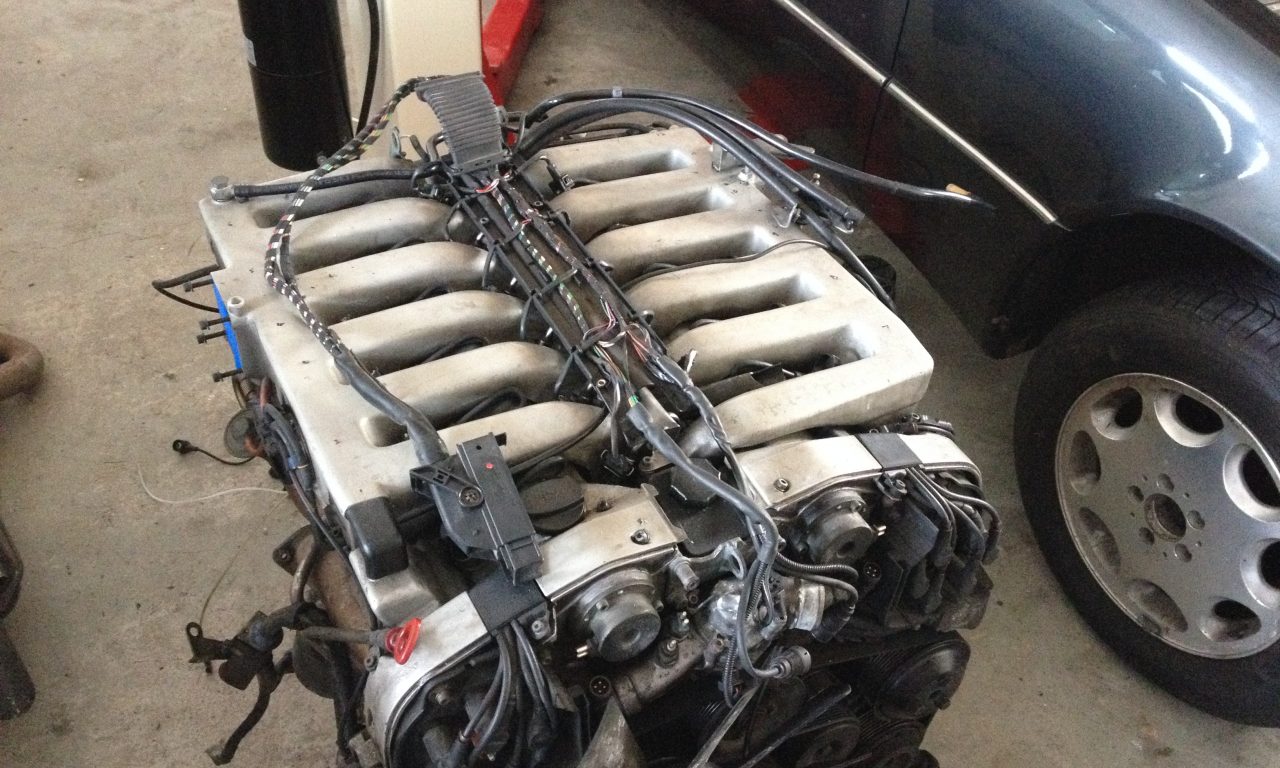 Mercedes 600 SEL W140 complex engine controls. in this time there are just to much ecu to control the running cycle of the car I think. I’m just going for 1 ecu for the engine and skip the rest and there will be 1 ecu for the transmission

2 engine control ecu’s for each cilinder bank  so you can seperate the engine in 2 3.0 6 cilinder engine when it is coming to the ignition and injection control
also the sensors are double 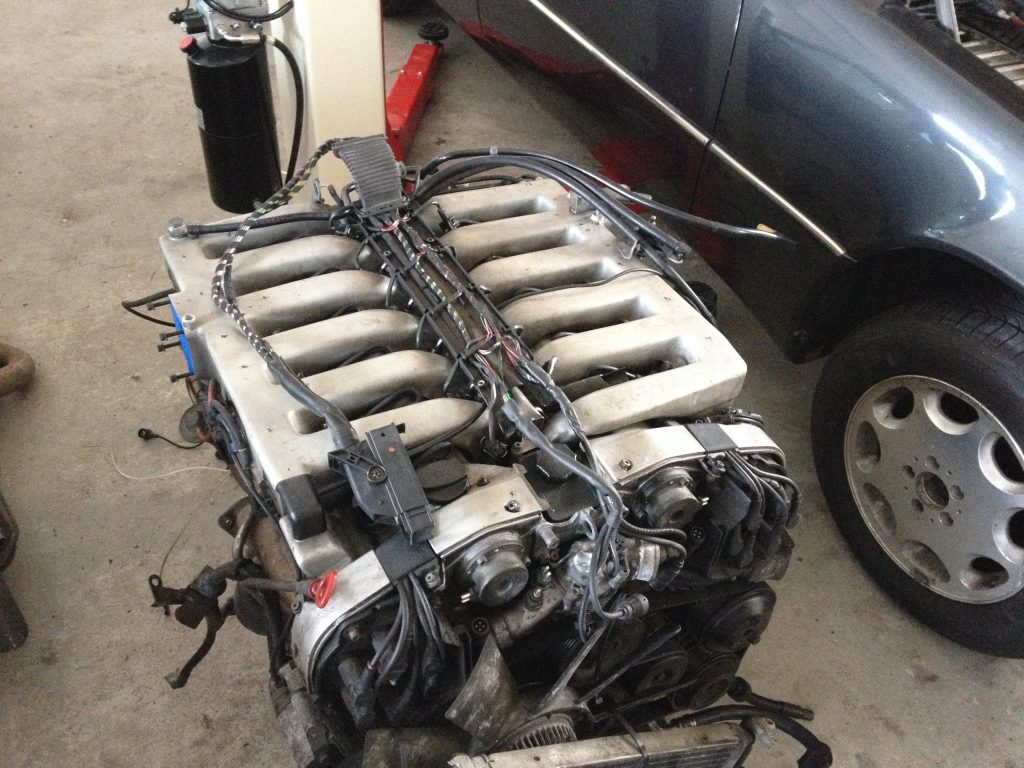 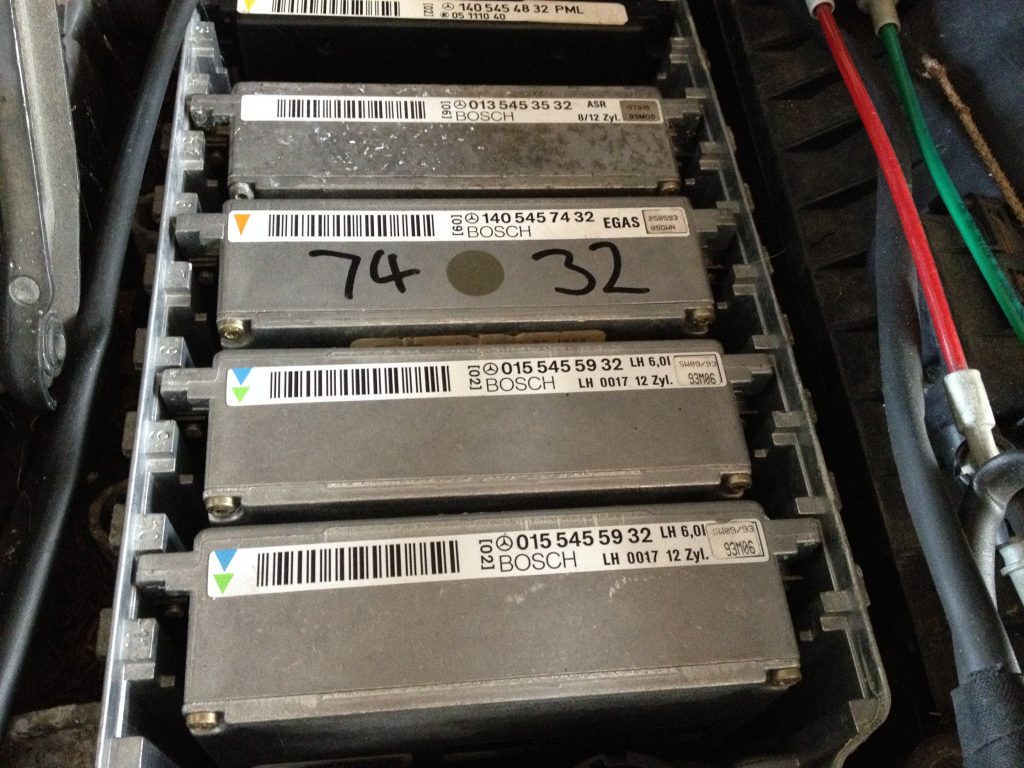